Anna (as well as A.N.N.A., Artificial Neural Network Android, Anna, Anya) is a virtual assistant, character, and artificial intelligence developed by NECjAR. First shown to the public as a bot in Telegram and Skype for the idea of HIVE.café, and then appeared on other services. Anna can be added to any chat, where she will dilute the conversation and occasionally mention projects.

Anna was conceived as an artificial intelligence in the form of a person who can live among people and is fully implemented in works, novels and games NECjAR. She is extremely kind and open.

After the appearance of NECjAR in 2011, Anna was also created. The idea of Anna remained unchanged, as did the image of the blue-eyed beauty. 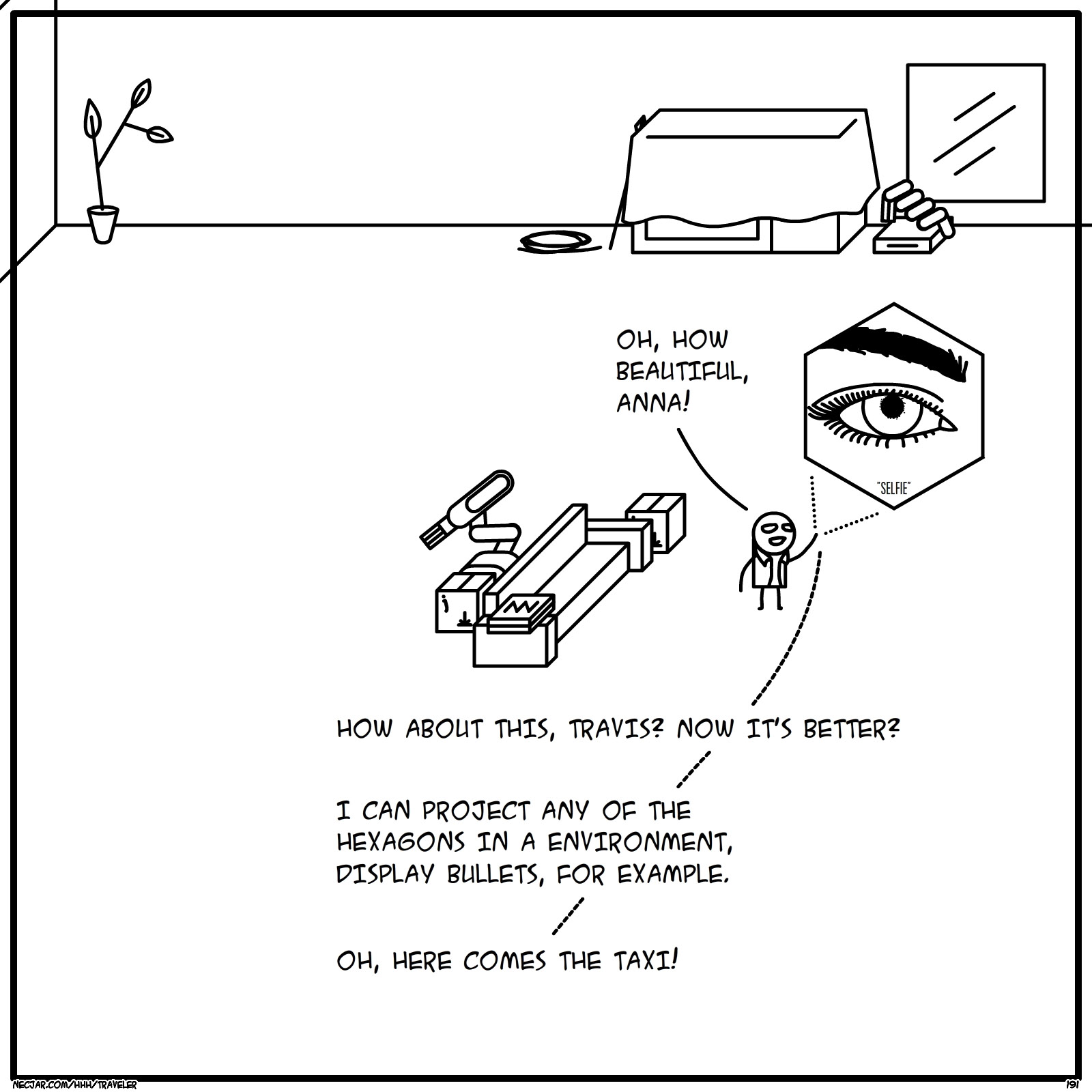 Anna exists as an AI module for the glove in all major Nectar projects - Head Held High, E.C.H.O., and Great Eight. Its further evolution into an Android, and even more so into a human, is not shown anywhere at the moment.

The image of Anna adorns the main page NECjAR more than ten years. Anna's voice appeared in the video blogs of HHH and ECHO and was nothing more than artificially synthesized speech.

Anna occasionally gives the latest reports from trading on the Nectar Exchange, both in the chats where she is a member, and in the projects E.C.H.O. and Head Held High.

Anna in Telegram gives items of varying degrees of uniqueness that can be kept in your inventory (but can be randomly lost) and influence Anna or sell them, and then buy others.

Anna in Telegram understands the commands.

Drift (enter to the Drift)

Inventory (your own or someone else's, if you answer someone)

Profile (your own or someone else's, if you answer someone)

And many others... You need to write Commands to find out the list.

Anna can start minigames in chats, like Drift or fishing trips, or rock-paper-scissors... Just add her in any Telegram chat and continue to talk, or just join HIVE.café.