The host's name is Larry Levis.

The room is larger as usual, with a logo on the wall, a sofa and a table at which the host Larry Levis is sitting. Opposite them sit the audience, whose silhouettes can sometimes be seen by the reader. The "Applause" light comes on for them.

Live broadcast with Larry Lewis is one of the few talk shows where the main thing in the frame can be not only Travis. At the moment, the guests were:

The main protagonist of the novel Head Held High: Traveler. 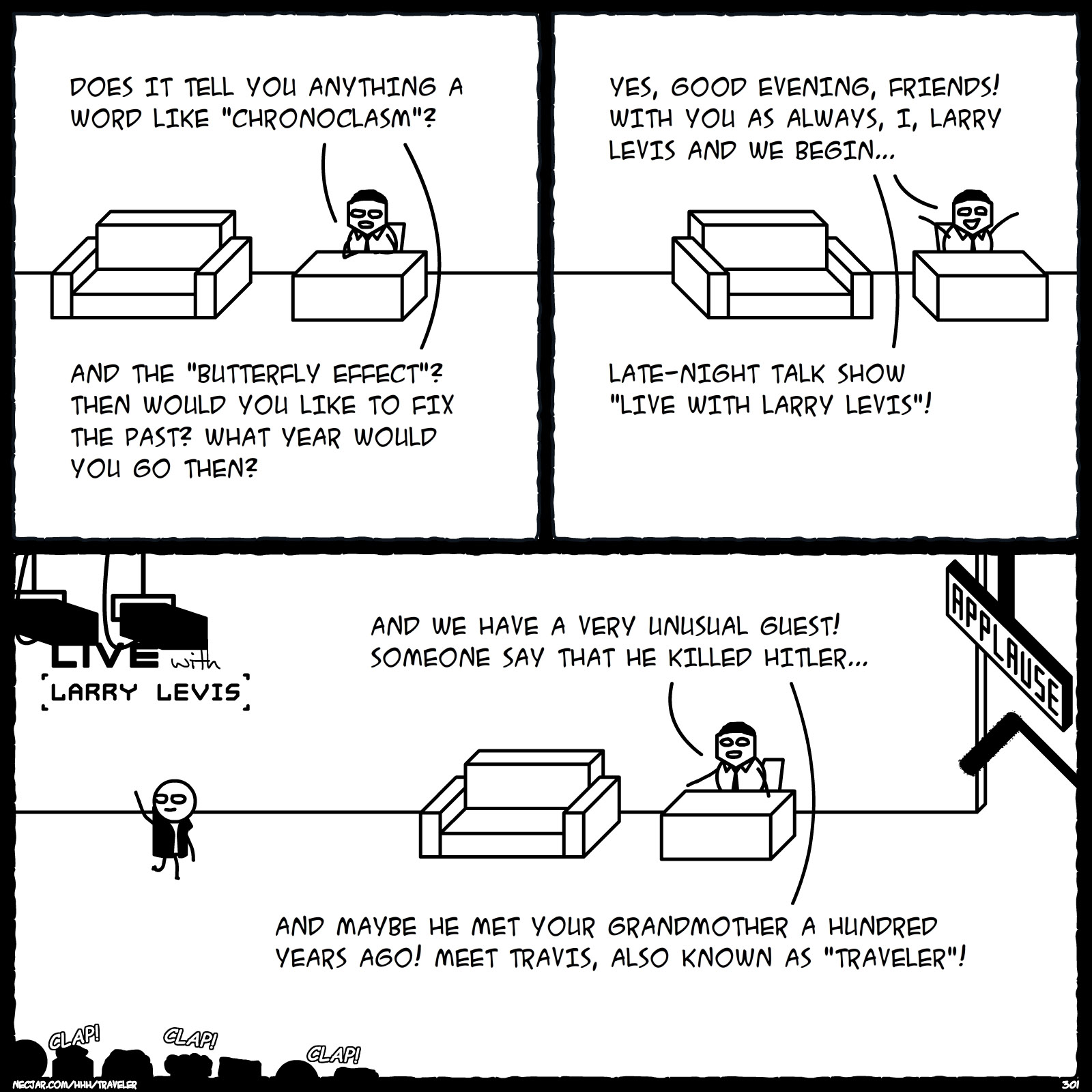 Influence on the plot

Travis told everyone right on the live where he was renting a room and where to find him. The events about the "expected guests" who came to him begin on page 345. At that moment, he was watching "Blade Runner".

He fraudulently liquidates the "guests" and takes away as many as two remotes.

This is a first show.

The only show where the reader sees the silhouettes of the audience on the stage.