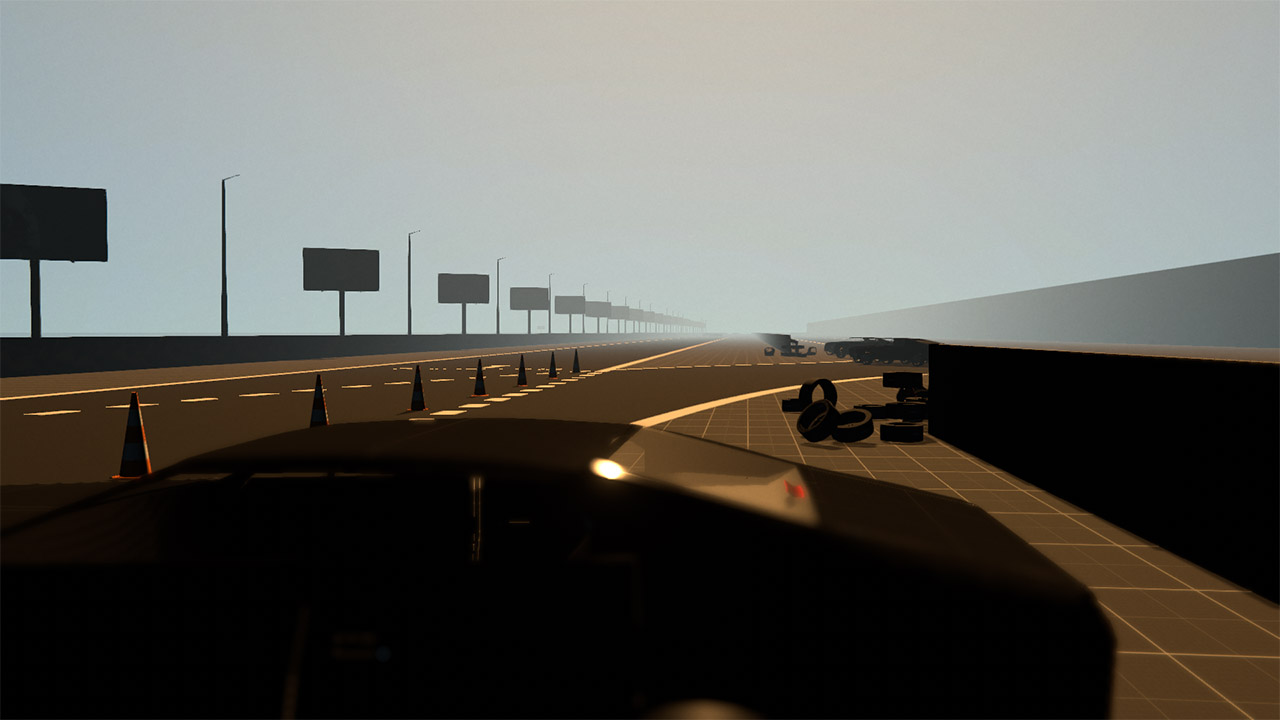 The highway consists of different parts, but the main long road is made in the form of the NECjAR logo - the letter "j", gracefully flowing around the ring road. 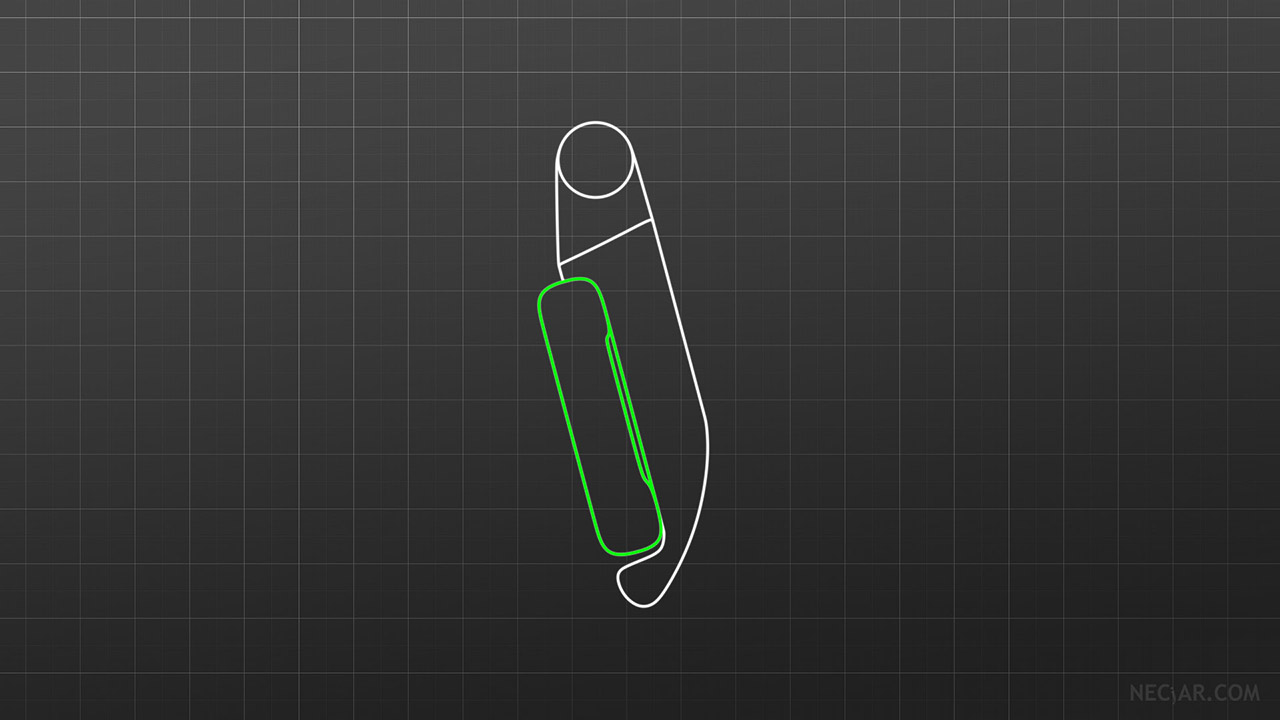 The autodrome includes a ring road with a pit-stop. 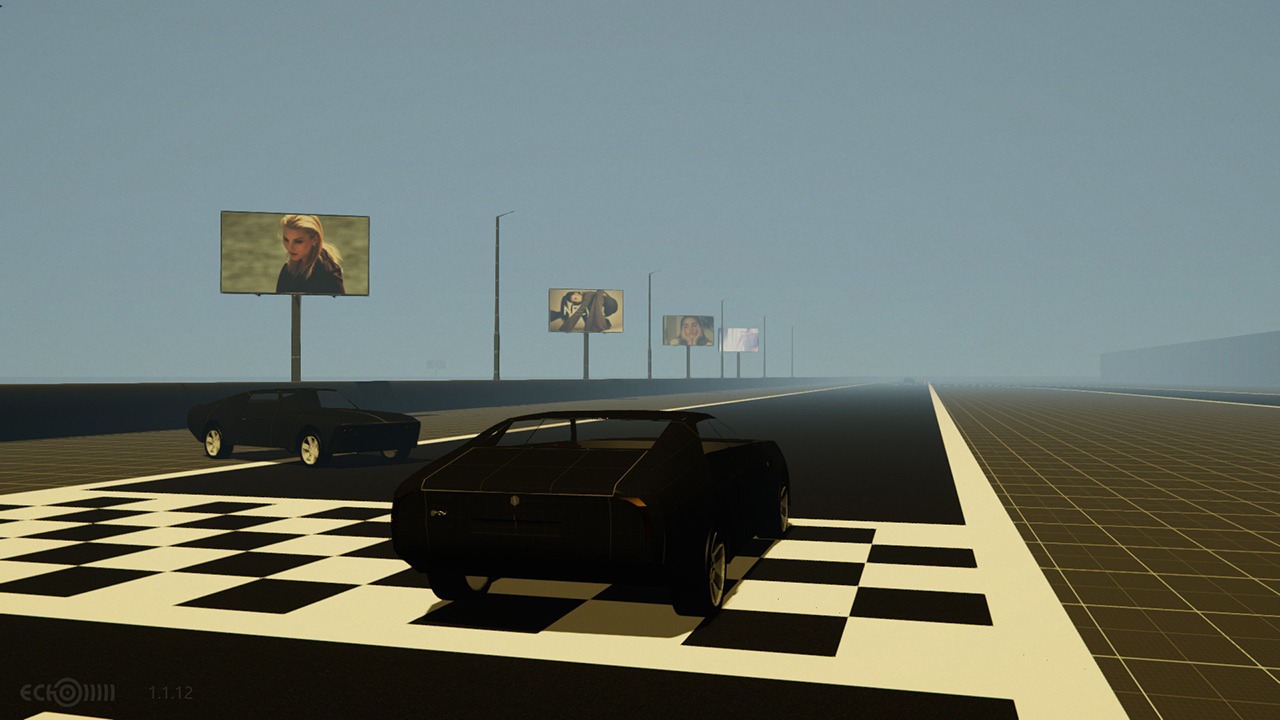 The most dangerous turn (90 degrees). 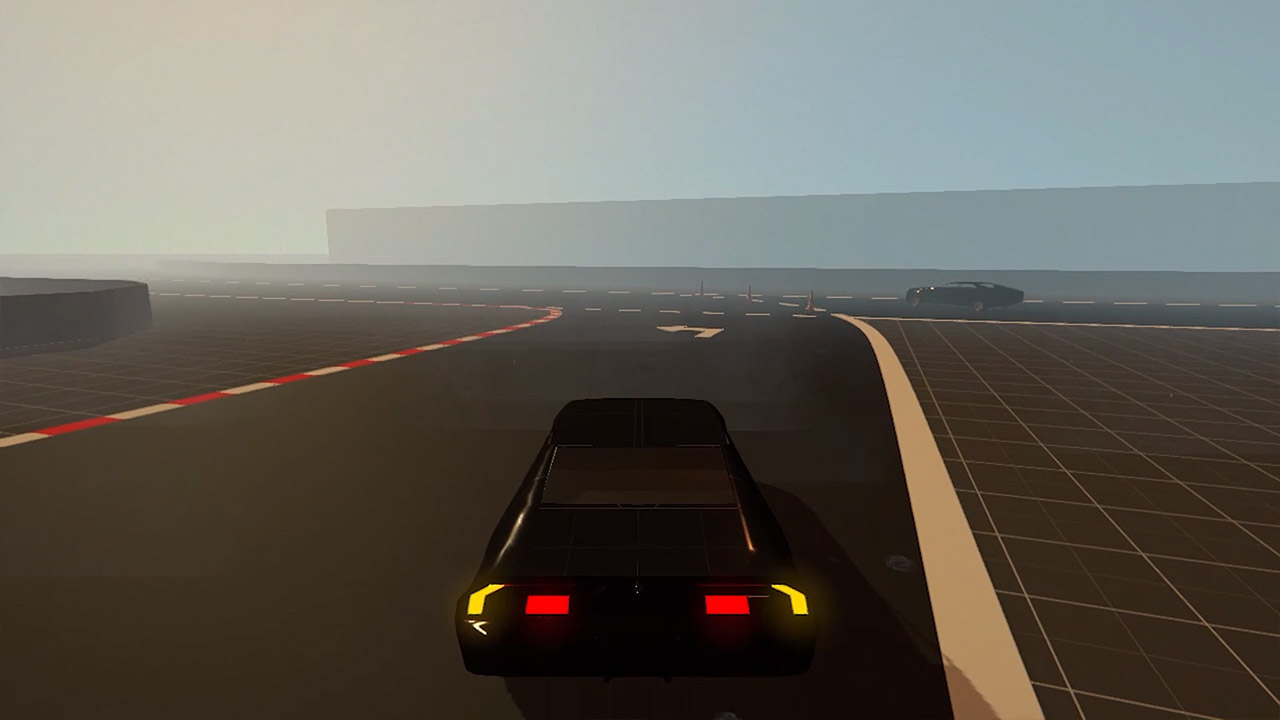 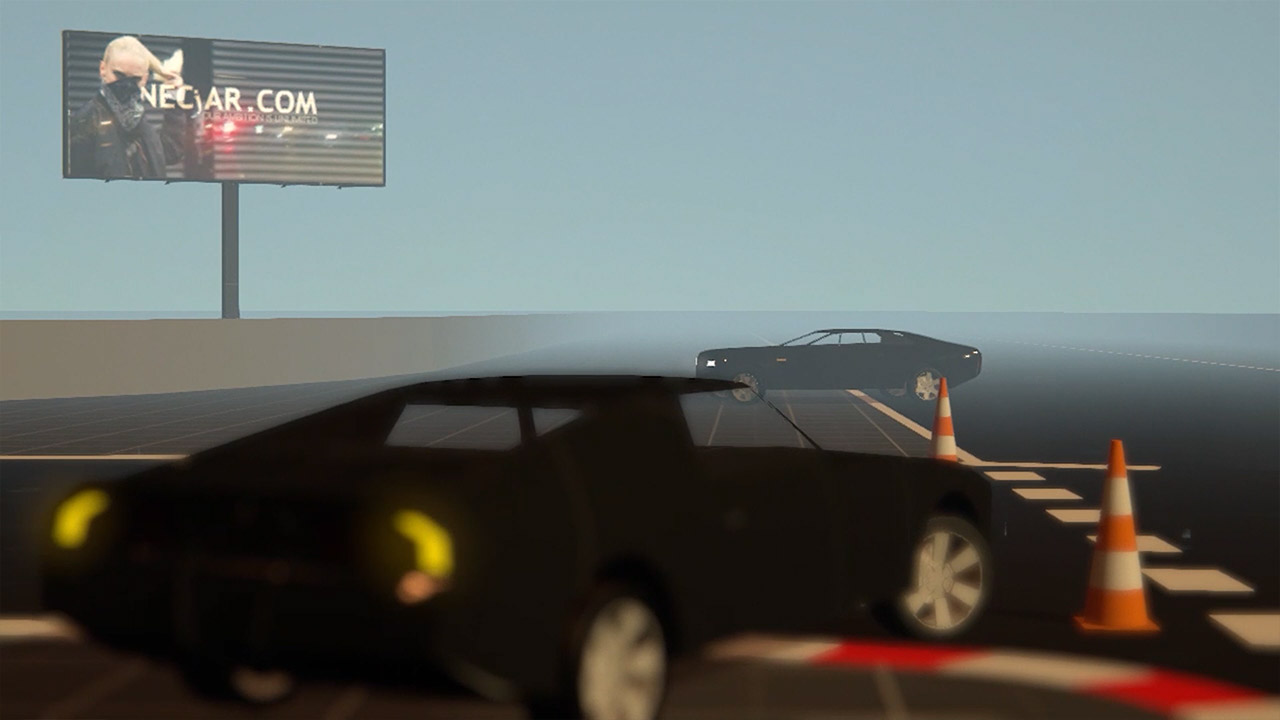 Watch "Fade Away, My Love" video to learn more.