"See you in the Hexagon."

The NFC stages bouts in an six-sided enclosure officially named "The Hexagon".

Nectar City Champion is the main title of the champion of the Nectar City.

Voice of the Hexagon

Voice of the Hexagon is a announcer. 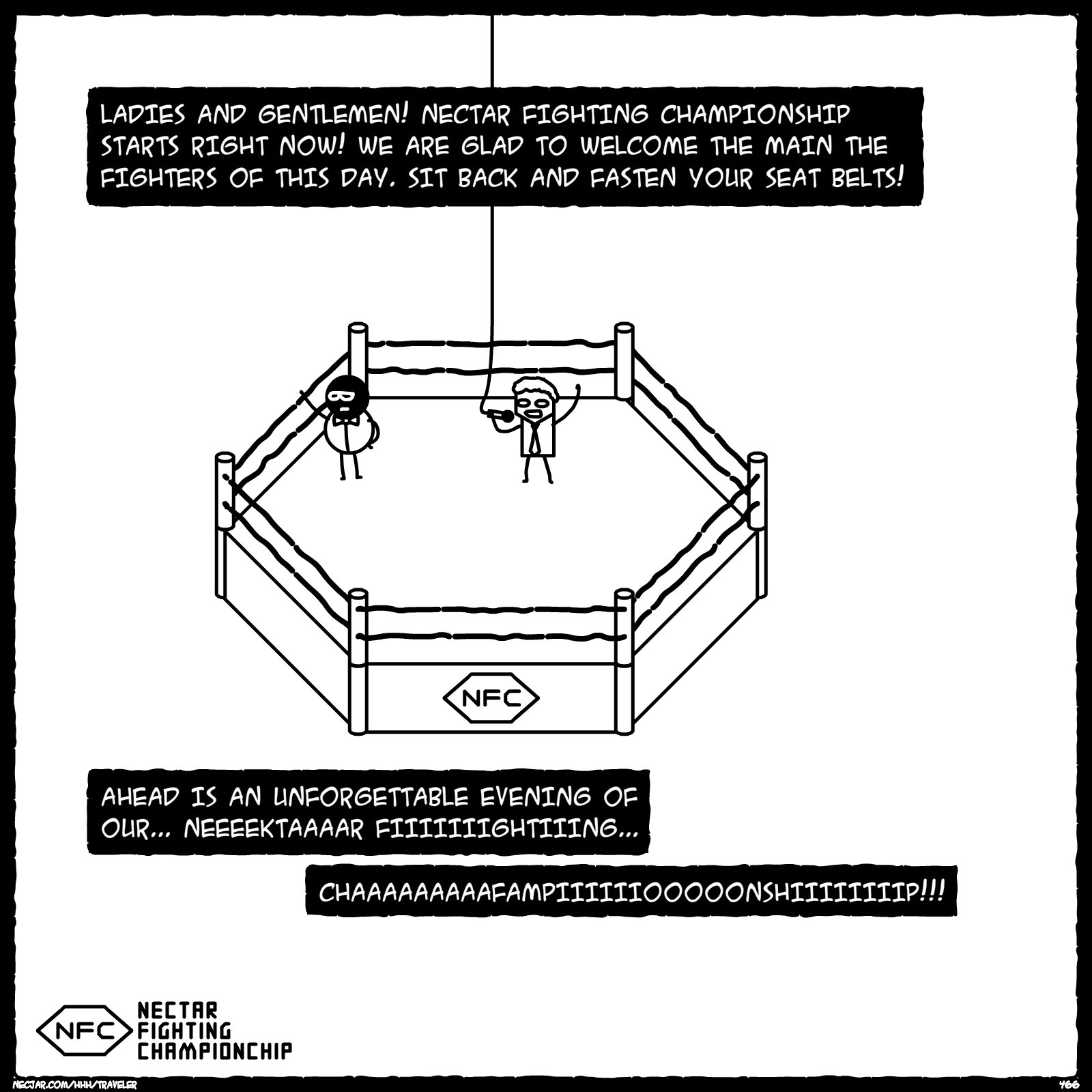 Referee is a black guy.

The rules of the fights may differ depending on the title for which the duel takes place.

A ring girl is a woman who enters the Hexagon between rounds of a combat sport, carrying a sign that displays the number of the upcoming round. The NFC Hexagon ring girls are half naked.

There is a fighter Travis Traveler.

Influence on the plot