The man behind the NECjAR's, Travis Travelers's and Muse's favorite shotgun. First appeared in Head Held High: Traveler on page 290 - the main character constantly carries this gun with him and hides it in his bulletproof coat. 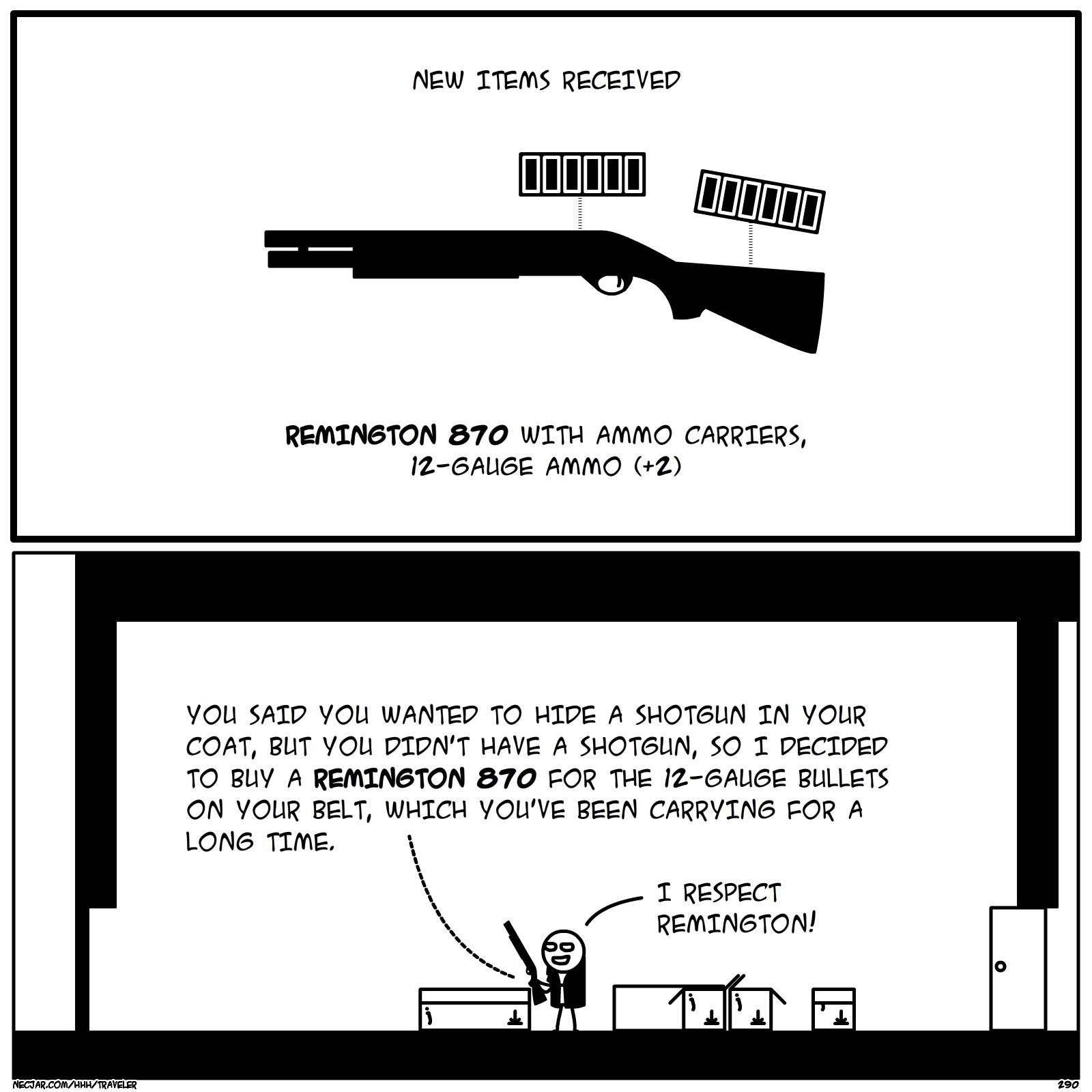 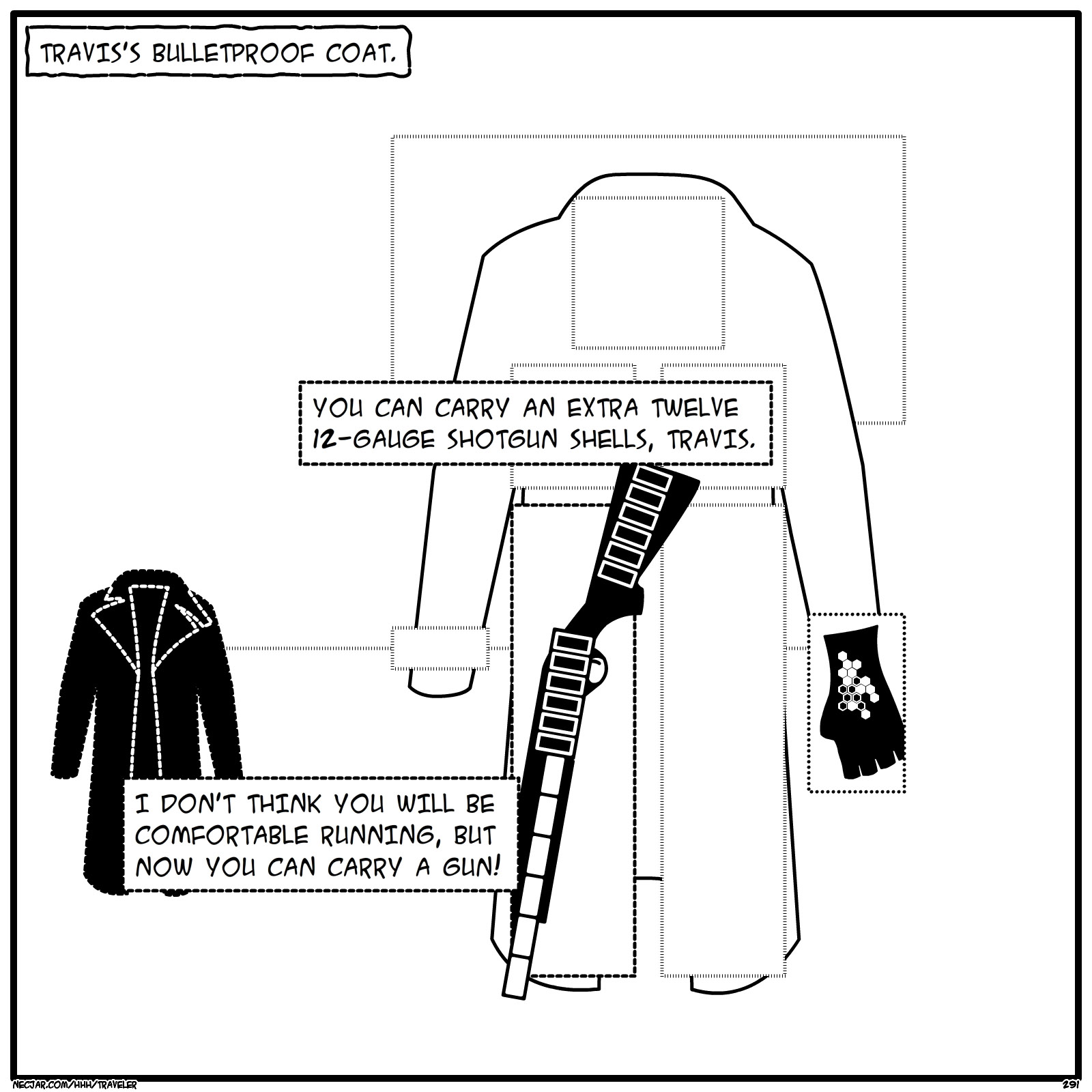 Travis used it on page 331 against reptiloids. 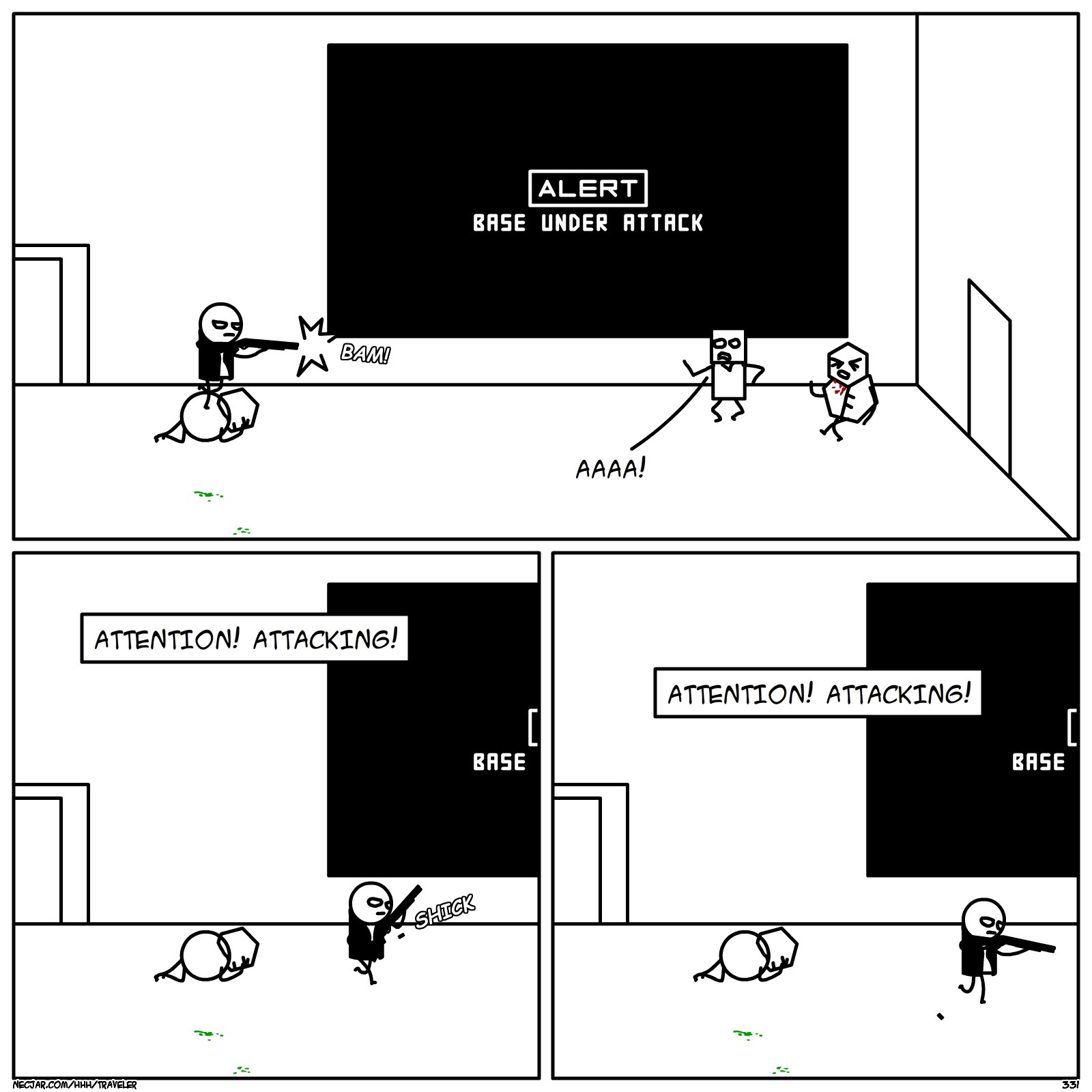 The unique "Travis's Remington 870" can be given by Anna in one of the mini-games to get different items. To do this, just add Anna in any chat or go to Hive.café chat and hope for rare luck.

Weapon in other projects