Time travel - the movement of a person or any objects from the present to the past or future, in particular, using a technical device called a "time machine". First shown in the project Head Held High.

Travis Traveler used the remote, which was later redesigned by Anna to the module for smart glove. The same glove is present in the project Echo.

The main character of the game Echo uses a glove with a module to rewind time.

The Paradoxes of Time travel

Travis comes to the conclusion that the future cannot be changed, because life is a "timeline", otherwise the journey to the future will become impossible. If you interfere with the past, then events in the future must either be instantly generated in a new way or it just had to happen - that is, it is impossible to change the past. The question remains debatable.

"What needs to happen will happen. We are doing things that are already preordained. The illusion of choice. No randoms. The world is a planned chaos that will come to a single result for our universe. The past is always a memory, and the different future is a hazy mirage. Life is a timeline. This is the reason why time travel to the future is possible. We can't change the future, but the only question is, can we change the past?" 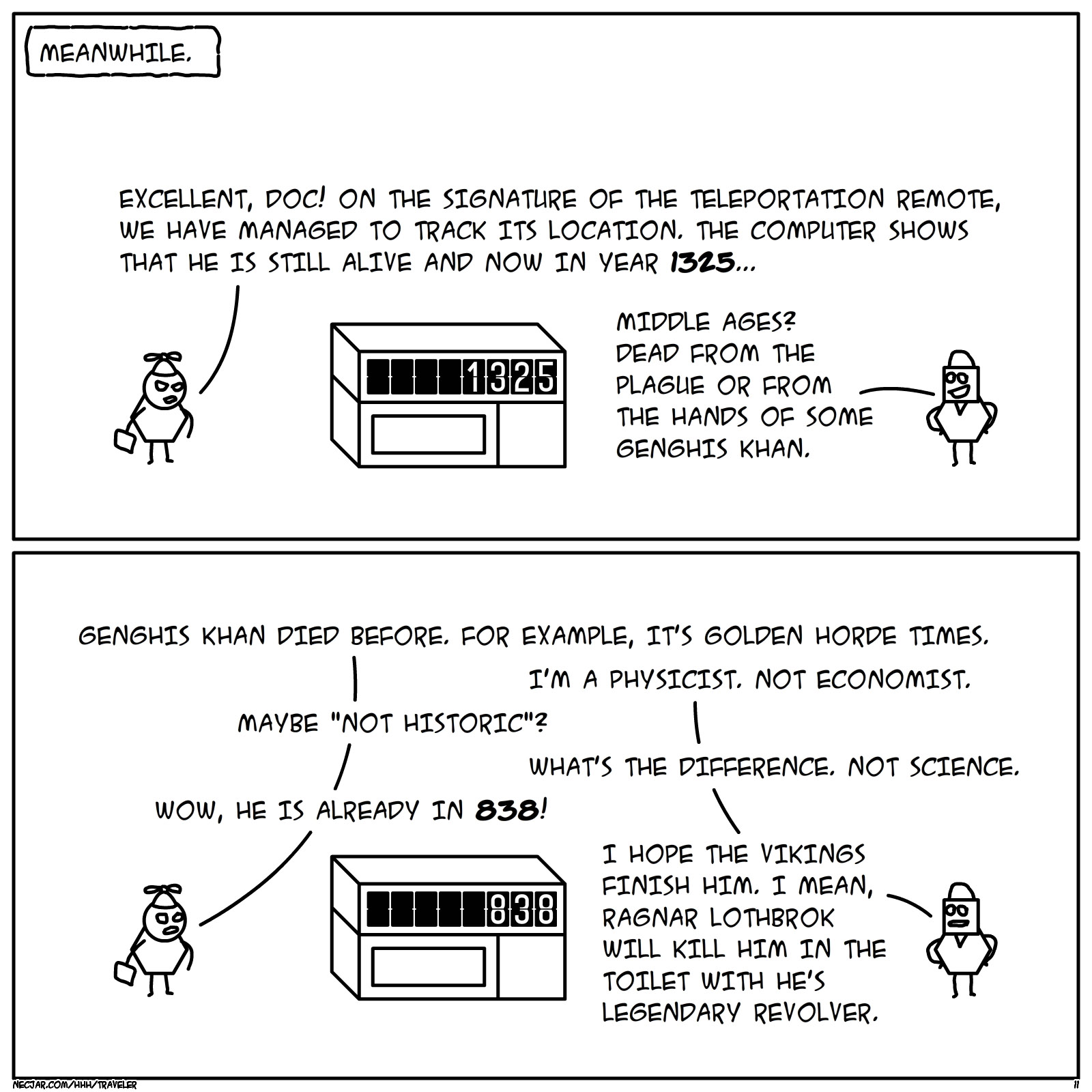 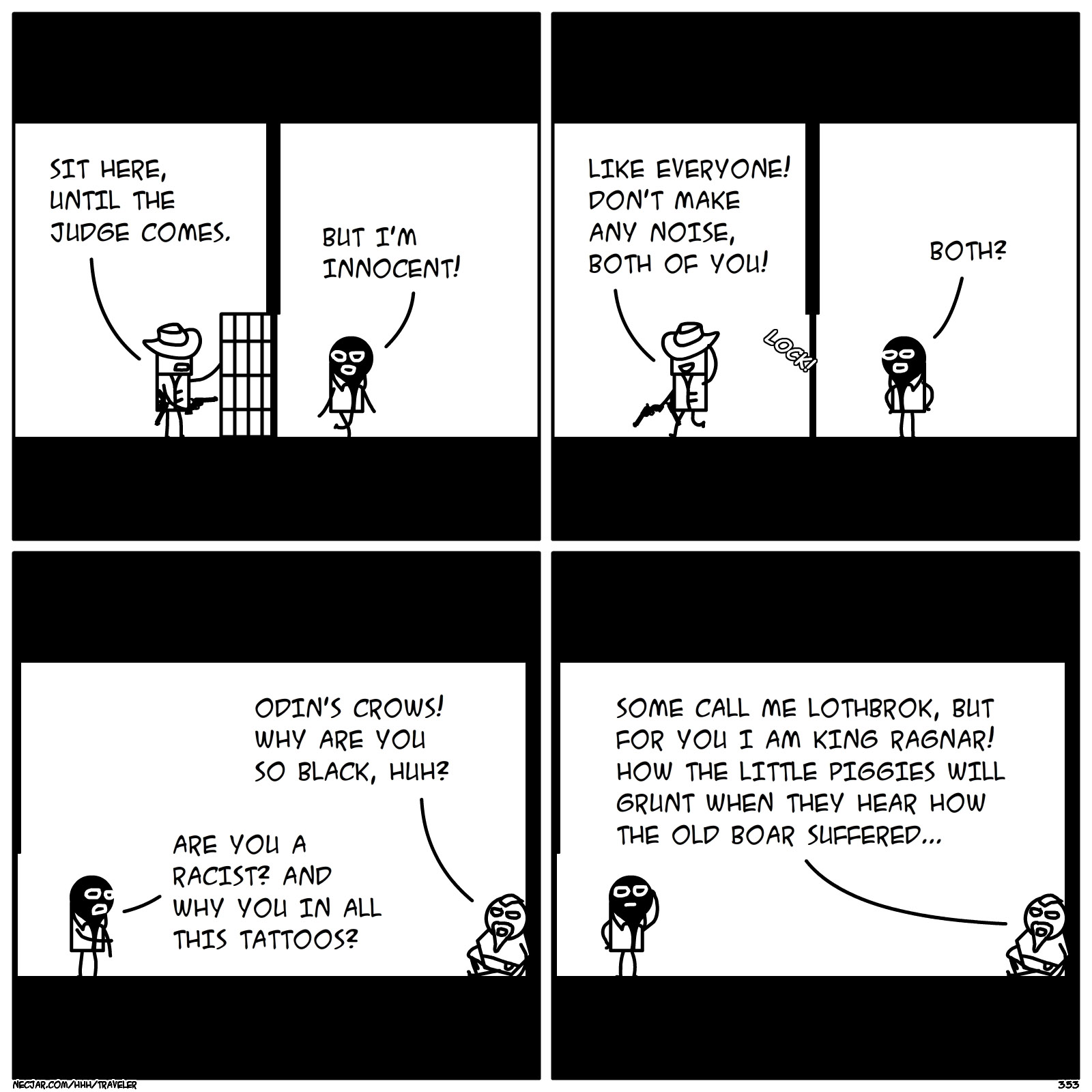 On page 11 of the novel Head Held High, Doc mentions the legendary Ragnar Lothbrok's revolver (a weapon-artifact from the Wild West in the Viking Age), as someone knows about it (the very appearance of Ragnar to the reader takes place in the future on page 353). Which suggests that the events were already pre-determined when Travis hasn't even affected them yet.